I first heard of Jigzaw Geoff (aka Geoff Blunted) back in the late 80’s as host of the Just2Def radio show on 4ZZZ with Biz (Brian Bizze Petts). I had seen his pioneering 'JAFA' pieces on the B-line before then (along with those by Tez and Hams), but the 1988 radio show was the first solid connection.

Just 2 Def was one of the first shows dedicated to hip hop and tuning in was a must for any kid in Brisbane and greater metro area that was fiending for the latest sounds.  Little did I know that years later, Just 2 Def's groundbreaking platform that educated an enthralled audience on all aspects of the emerging hip hop culture, would morph into the legendary Phat Tape Hip Hop Show becoming the cornerstone for the culture on radio in Queensland, with its influence being felt across the country for the next 25 years as the longest running show of its kind, featuring a roster of OG’s at the helm from start to finish. DJ Decide, DJ Frenzie, DJ Fib, DJ Katch, A Kid Called Chubbz, DJ Seany B, myself DJ Complex, and many more.

DJ Fib was one of the earlier hosts of Phat Tape and had been at the forefront of the early hip hop DJ community in Brisbane in the late 80’s along with DJ Katch (Phat Tape / Resin Dogs / Hydrofunk Records founder), the legendary DJ Angus (RIP) (Central Station record Store), and Michael Jordan (RIP), who were all part of the KGB Posse (Kings Getting Busy), with graffiti OG’s Hams and Trafik.

Both Jigzaw and Fib both contributed to music articles and reviews in early Australian Hip Hop culture magazines like Hype, Vapors, Blitzkrieg, and Zest, as well as participating in one of the earliest DJ showcases at the Brisbane DMC DJ mixing competitions.

Magazines, radio shows and local import record stores were the most valuable places for info and music we had back in the pre-internet days, in Brisbane, the standout store was Rockinghorse Records. This was where I was eventually introduced to Geoff Blunted by Ben Osbourne (RIP), who had sold me a copy of the original Blunted Stylus tape a few months before. (other import stores of note; Kent Records, Dance Music import Store, Skinny's Music, Central Station Records.)

In the years that followed many close friends found themselves on the she other side of the counter at Rockinghorse, who becoming the go-to for what's new, Ben Osborne, then Hams, Len One, and Phil 'Nam Shub', all incredibly knowledgeable with their unique interests in music.

I remember the day I got this album vividly… I rushed home, sparked up, popped in the tape, set the volume to LOUD, turned the lights out, pressed play and was instantly transported to a soundscape from another dimension unlike any other I had experienced.  It had me transfixed from the second I heard the opening chant of “Fuck…give me my weeeeed”, from that moment on, I literally always had that tape on me either in my Walkman or car stereo.

The intricately pieced together, seeming infinitely layered samples, coupled with uncompromising attention to sonic detail and precisely arranged melodic scratching, was a combination that had never dared to venture out of the realm of the DJ edit / mixtape underground to the world of the long-playing album in such a manner before.

I couldn’t believe this world class level of creative mastery had been birthed out of Brisbane's Southside, the more I listened to it, the more I was convinced that “the music they’re doin’ is not like anything out right now…” - KRS One sampled in "Pick Up Your Shit".

The mid 90’s was the time that instrumental hip hop production had started to find its own voice, with DJ based productions (and scratching as an art form) now in a lane of its own and HEMPATITIS was right in the thick of it.

To put the significance of this album into perspective, DJ Krush had less than a year before released 'Strictly Turntabilized', DJ Cam and London Funk Allstars (Mad Doctor X, The Herbaliser) had just dropped their first albums 'Underground Vibes, London Funk Allstars Vol 1', and DJ Shadow’s 'Entroducing' and Prince Pauls' Psychoanalysis were still a year away from being released.

The genesis of the album was in notes, quotes and ideas kept in notebooks where Geoff was detailing prospective samples and loops from listening to music, tv, video and just about any other sound source that sparked his imagination during his daily travels.

“When I had samples that I fell in love with, vocal or otherwise, they were stored in growing collection of disks containing related feelings and vibes.” – Jigzaw Geoff

While in high school, he became intrigued by the possibilities that new electronic music technology had now allowed for the manipulation of sounds,
“In 1982 FREEEZE's 'I.O.U.' (note: triple E), features the sampler as an instrument credited as, “Sylabic Solo" by John Robie, Produced by Arthur Baker and Jellybean Benitez.  Another example is the dancefloor classic “Give Me Tonight” by Shannon (1984), the way her vocal is re-played on a keyboard as a demanding hook line is instantly memorable”. - Jigzaw Geoff

Other key influences are the DJ / Cut n Paste mixes whose technical intricacy set the benchmark for a sample-based style that would become Geoff Blunted’s calling card for years to come - “any boundary of creativity ahead, was completely freed-up with the adoption of samplers and inventing new sampling techniques”.

Geoff had completed a Diploma at the School of Audio Engineering (SAE) 1988 where he met Khesrow Rasta, who Geoff credits as an integral part of co-engineering elements of the album.

“Khesrow was a key influence when it came to working in a studio and collecting records, together we seemed motivated and open to take risks, discovering techniques and approaches”.  Jigzaw

The first track produced for the album was “What Can You Bring Me”, which was pieced together over a 12 month period from early 1993 to 1994.

Thinking back on the making of the album, DJ Fib elaborates, “The title track ‘Hempatitis’ reflects the meshing of our minds at the time perfectly”.

One of the hallmarks of Geoff’s production style is the meticulous use of samples to stitch vocal snippets together to tell a story - “Just like MC’s brag and boast toasting on their mics, I like to do the same from a producers’ point of view, for example 'Don't this Blow Your Mi-i-i-ind..?' sampled from the Commodores in 'Wot - Blow Your Mind'”.

This masterful manipulation of samples was seamlessly complemented by DJ Fib’s deft precision on the cuts, delivering the hard dug samples from their combined record libraries with a perfect combination of fluidness and melodic funk, Fib showcases the role of a DJ perfectly as highlighted on tracks like “What Can U Bring Me”.

Geoff recalls some of the technical hurdles faced producing the album  “One of the biggest challenges that had to be overcome during the production process in this this era before the modern Pro Tools / DAW’s were available, was, having to save the newer samples and programs discs at home, pull down my set up to bring to SAE Milton studios, re-set the SAE studio equipment up every time, having to review the notes for panning and gates, EQ, compression and apply the same manual settings, sometimes with only a limited 2-3 hour window in the middle of early morning with the full-time day job start time fast approaching".

From a perspective of sheer technical achievement, Geoff goes on to assure, "The track that posed the most significant challenge on the journey from idea to completion was definitely 'What Can You Bring Me'. The amount of work that had to be done, and lessons learned to coherently piece together around 100 individual samples with just the Akai S900, and TR-808, Atari ST1042 running Notator for sequencing, Roland MSQ-700 sync-tone to 16-track reel to reel with no digital editing available, was an enormous undertaking to say the least".

Reflecting on the journey from his earliest stages of music appreciation as a listener that led to the exploration of the world of music via “digging in the crates” and excavating “gems” that formed the foundation of his musical education, then delving through genre to genre presenting those hard-earned finds to an audience as a DJ and moving towards an inevitable evolution as a producer, Geoff shares,

“Nothing was sign-posted, and we were creating our own milestones.  All we had to guide us was instinct and the core mantra of hip hop that was handed down from those pioneers that founded the culture - to be original, unique, and fresher than the rest. To personally put something out there in the universe that we felt naturally compelled to do, no matter how it's received, is a successful achievement till the end of time “.

While listening to this 25th anniversary release to reminisce and rediscover the sublime compositions contained within the rich musical soundscape it presents, one thing became noticeably clear, the same overwhelming feelings of incredulousness, wonder, pride, and inspiration that I felt that very first time I heard the album had not diminished in the slightest during the 25 years since, rather, I experienced an even more intense, visceral reaction this time around.

One of the key differentiating factors of great art is the quality of timelessness, the ability for the impact on the audience to remain the same many years after it was originally created.  HEMPATITIS undoubtedly meets this criteria, and has always represented a groundbreaking kaleidoscope of jazz, funk blues and soul exactingly pieced together and interpreted through the language of hip hop.

It effortlessly stands the test of time, while remaining just as fresh, exciting, and relevant to first time listeners of today's generation. Like the record says, “Blunted Stylus got what you need!”. 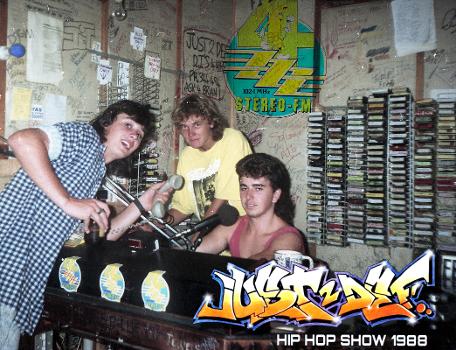 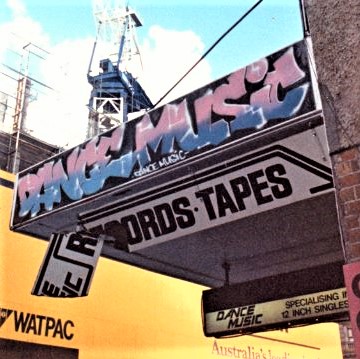 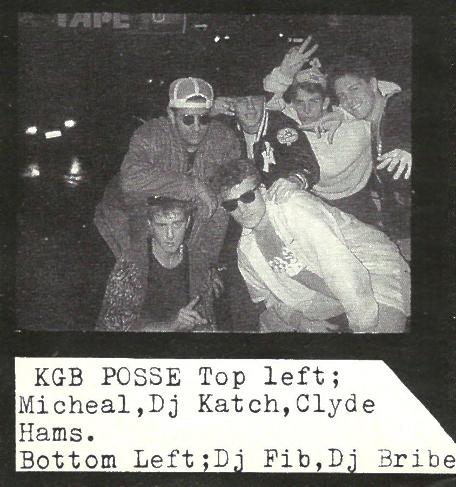 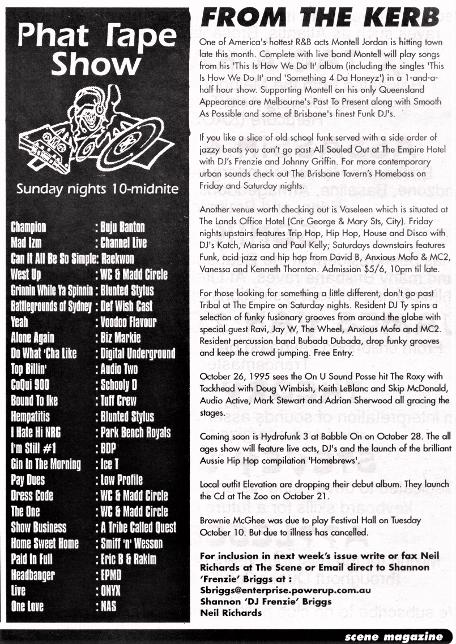 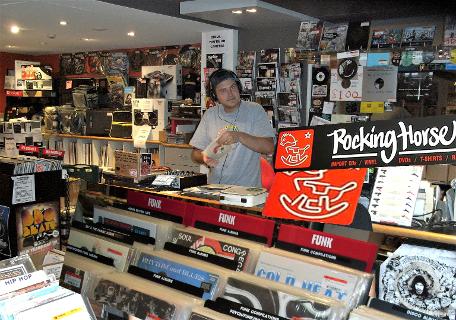 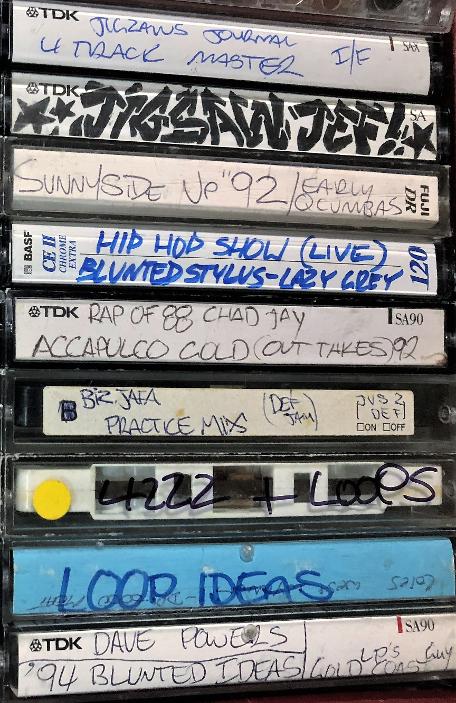 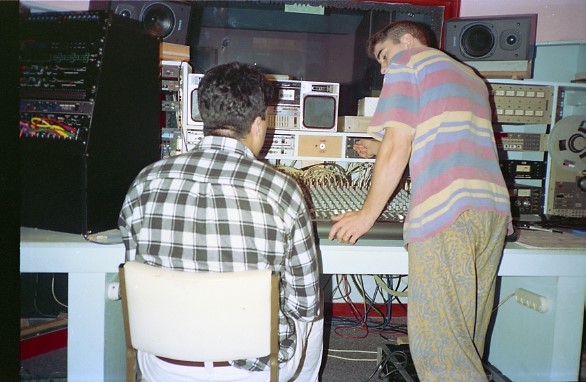